20 May Tony- By Greg Tuchin

Tony called the Hotline because he was frustrated with his poor literacy skills. He is 77 years old, having retired a few years back from a career in sales management.

Tony reckons his story is like many in his hometown in country NSW. He had a disjointed school life because his father moved around a lot for work. He attended about 20 different schools, before he finally left in year seven. Education was never perceived as important as work. So Tony started doing farm work from the age of 14, ending his formal education.

Tony also has a lot of problems with his spelling. However, in his sales career he, found that problem was easy to hide because, ‘back in those days, sales was about talking to clients to clinch the deal. After that, all the writing up was done by the office.’

Like many of the callers to the Hotline, Tony feels that he has dyslexia, although it has never been formally diagnosed. He typically reverses letters and numbers, however, after doing this he realizes that he has made a mistake.

Fortunately, Tony lives in NSW and was able to be enrolled at TAFE Digital where we have spent many hours improving his digital literacy skills so that he can access his lessons online. Tony could have received the lessons in print form, but he knows that he needs to improve his computer skills.

Sadly, Tony feels that there are many other people in his town who had similar educational experiences and find themselves in same situation. Hopefully they will call the Hotline. 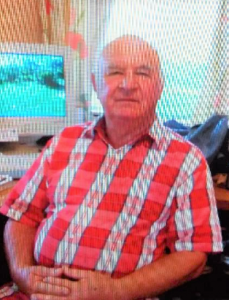